Diavaz: A Mainstay’s View on the Current Situation 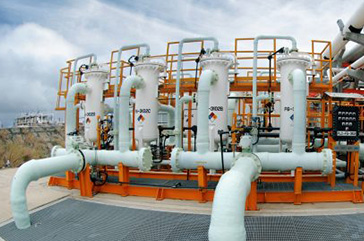 Q: What role will Grupo Diavaz and the private sector play in increasing the country’s production?

A: Currently, Mexico produces 1.7MMb/d. The goal is to bring Mexico’s production to 2.4MMb/d, representing the same production as previous years, and to produce a minimum of 2.8MMb/d in Mexico by 2024. PEMEX and the government say that by October 2019, the new fields being brought online will start to increase the production of oil. The private sector has committed to produce 280Mb/d. President López Obrador has said that there will be no further rounds until the government sees a positive result from the previous ones. There have been 120 contracts awarded since the Energy Reform was enacted and so far, production has only increased 20Mb/d. We expect the private sector to increase production in the coming months. Only then can we discuss the possibility of launching new rounds with the government. We expect this will happen within 10 months.

Q: What is the group’s experience participating in previous PEMEX projects and what were the main characteristics PEMEX was looking for?

A: We bid for the engineering and construction of a marine infrastructure contract for PEMEX. We tendered the A and B clusters of marine infrastructure and placed second in both tenders. Unfortunately, the times stipulated to carry out the work were too tight and there was a huge LD penalty for any delays. We carried part of the LD into the price tag and that resulted in a higher cost. We placed second because our selling price was more expensive than the winning bid. Many consortiums did not meet the technical requirements and did not pass to the second phase. The bidding process was transparent and clear and gave all players a fair chance. When tendering a contract, PEMEX looks for several characteristics among participants. First, the company needs to be Mexican or have a large amount of local content.

Q: What is the status of Diavaz’s fields and what strategies will provide the government with the desired results?

A: In our services division we are developing interconnections at a number of marine platforms and we are providing reliability and integrity maintenance to PEMEX’s Dos Bocas Terminal, which is one of the largest in the world. Approximately 1.3MMb/d go through the terminal. In our E&P division, we have four fields assigned to us and the company is producing 18Mb/d. We are second only to PEMEX in petroleum production in Mexico, followed by Petrofac and Renaissance. We operate four fields under contracts awarded by CNH: Catedral, in Chiapas; Barcodon, in Tamaulipas; Ebano, in San Luis Potosi; and Miquetla, in Veracruz. Diavaz believes that in three to four years we will be producing 50Mb/d from those fields. Another two fields, Cuervito and Fronterizo, are service contracts with PEMEX.

Q: What types of contracts are most profitable for the federal government when incorporating the private sector into E&P?

A: From 2006-2012, operations in the Ebano Field were carried out under a transactional service contract with PEMEX. From 2012-2018, PEMEX switched the contract model to an incentivized contract, which means that Diavaz will recover 75 percent of all expenses and receive US$8 per barrel. In the last stage, the contract migrated to a 30- year production sharing contract with CNH in partnership with PEMEX under the scheme developed through the Energy Reform. We studied which of the three models was the most profitable for the government. The study proved that the last scheme developed during the Energy Reform was, by far, the most profitable as the government would receive the greatest rentability of income plus a percentage in income taxes, while taking zero risk and making no investment. In the end, this scheme is not only profitable for the government but also for the private sector. It is a win-win situation.

Diavaz is a Mexican company made up of business units focused on exploration and production, gas, marine operations and oil installations integrity. It was jointly created through strategic and commercial alliances with energy-sector leaders.