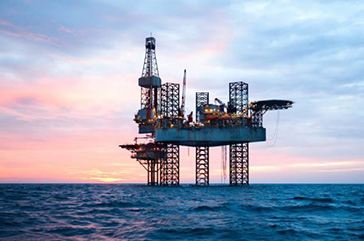 Diavaz, leader in the energy market for providing comprehensive services and solutions for the oil industry, has 45 years of history and an important business and commercial partner network, which have catapulted it into the Mexican energy sector.

Diavaz started operations providing construction, inspection, maintenance, modernization and repair services for offshore structures and underwater pipelines. Diavaz is a 100% Mexican company, and it is aware that, in order to maintain a level of technological and operational excellence, it is important to have leading partners and allies in different segments of the industry.

“An important part of the business success we have achieved is due to our ability to establish and maintain the right alliances that have allowed us to close capacity and technology gaps in segments where it was not our strongest point. This strategy has also allowed us to minimize and share risks with leading companies in the international oil industry,” highlighted Oscar Vazquez Senties, Diavaz’s COO.

“Since more than 20 years, we started to monitor the development of the industry and its dynamics. We started implementing routinely Strategic Planning sessions from the earliest years of this century, which allowed us to embrace the best operational practices, as well as approaching key players and adding technologies that were positively impacting the industry,” he added.

Vazquez Senties explained that shifting from being a service company to being an oil operator came almost naturally with the opening offered by the Energy Reform. The process was easier for the company, as they already had experience working with petroleum engineering technology firms. “Due to the constitutional conditions that prevailed in Mexico, Diavaz developed as a subcontractor, and in such condition, we learned to develop hydrocarbon reserves as subrogated oil operators through production contracts that Pemex tendered and assigned from the first decade of the century”.

In the words of the engineer Vazquez, we learned that Diavaz was the first Mexican company to perform inspection, maintenance and repair works on offshore and underwater facilities, with Mexican professional divers trained in its own institute. It was the first Mexican company to implement 3D terrestrial seismological exploration studies through an alliance with CGG. In addition, he participated with Mexican personnel in the first multidisciplinary reservoir studies implemented by PEP.

He also stated that Diavaz helped to restore the production and revive mature fields of the Ebano-Panuco-Cacalilao Sector in the Tampico-Misantla Basin, holding a contract for the optimization and development of reserves signed with PEP in 2007. Diavaz is considered one of the most successful companies in the execution of exploration and extraction contracts (CIEP) in the Chicontepec Palaeochannel; and it turned out to be one of the first 100% Mexican oil operators that signed an exploration and extraction (CEE) contract with the CNH in Round 1.3.